Cookies Use
Our site uses cookies. If you don't agree to this, you can learn how to change your cookies settings. Read more about cookies here. Further use of this site will be considered consent.

Good News For Home Buyers: Mortgage Approval Rates Are Higher Than Ever

This site is a free online resource that strives to offer helpful content and comparison features to its visitors. Please be advised that the operator of this site accepts advertising compensation from companies that appear on the site, and such compensation impacts the location and order in which the companies (and/or their products) are presented, and in some cases may also impact the rating that is assigned to them. To the extent that ratings appear on this site, such rating is determined by our subjective opinion and based on a methodology that aggregates our analysis of brand market share and reputation, each brand's conversion rates, compensation paid to us and general consumer interest. Company listings on this page DO NOT imply endorsement. We do not feature all providers on the market. Except as expressly set forth in our Terms of Use, all representations and warranties regarding the information presented on this page are disclaimed. The information, including pricing, which appears on this site is subject to change at any time. 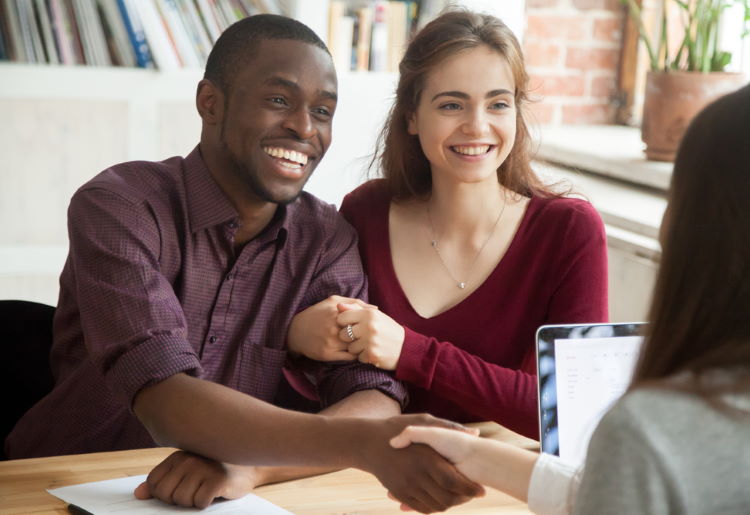 Some good news to brighten the day of prospective homebuyers: you’re more likely to be approved for a mortgage than ever before. Total denial rates fell to 9.8% in 2018, the lowest point since the federal government started collecting data under the Home Mortgage Disclosure Act (HMDA).

Mortgage approval rates are at the highest point on record for all segments of society across conventional and non-conventional purchase loans and refinances, according to the Consumer Financial Protection Bureau (CFPB), the federal government body responsible for collecting HMDA data.

African American and Hispanic mortgage applicants are still more likely than the average buyer to be denied for a home loan. However, these 2 segments have also experienced the biggest improvement – with African American denial rates falling to 17.4% from a peak of 33.5% and Hispanics to 13.1% from 29.5% in 2007.

According to the CFPB, higher up-front and annual mortgage insurance premiums on non-conventional FHA loans (a loan offered to people with FICO scores of 500-619 and guaranteed by the Federal Housing Administration) appear to be driving home buyers toward conventional loans. Between 2010 and 2013, the annual mortgage insurance premium for a home purchase loan rose from 0.55% of the loan amount to 1.35% - and premiums appear to still be high today. Meanwhile, many lenders have begun offering conventional loans with down payments of 3%, making it easier for credit-strong, cash-poor borrowers to get approved.

Credit Score Still the Most Important Factor in Applications

The CFPB says the improvement in mortgage approval rates can be attributed partly to looser credit standards on the part of lenders. Indeed, Ellie Mae says the average FICO credit score of approved home-purchase loans hit 726 at the end of 2018, higher than the median American credit score of 676 but down from the average approved score of 750 in February 2012, when Ellie Mae began collecting data.

More pessimistically, the CFPB says the other main cause of higher approval rates is that many “riskier applicants” have given up on applying. To support this, it points out that the approval rate on applications for conventional home-purchase loans was higher in 2018 than during the housing boom years of the early-to-mid 2000s, even though credit standards were tighter in 2018.

Overall, lenders care more about an applicant’s FICO score than any other single factor. Fortunately, a person’s credit score is never set in stone. Click here to read Top10.com’s tips on how to improve your credit score.

Value of Home-Purchase Loans Has Been Rising Steadily

From a long-term perspective, the CFPB report notes that average home-purchase loan amounts have followed historical trends in home prices, rising during the mid-2000s, falling sharply through 2008 and 2009, and then rising again. Trends in loan amounts differ substantially by race and ethnicity, which according to the CFPB were likely driven by local differences in home prices where the respective groups of borrowers live, incomes of the respective groups, and other factors that may affect the sizes of the homes these groups were purchasing.

On the whole, approved mortgage applicants are undoubtedly better off now than they were a year ago and generally better off than most of the period since the housing crisis. As Top10.com reported in August, home loan interest rates have been falling faster than home values have been rising, in some cases leaving buyers tens of thousands of dollars better off than a year ago.

Overall, things are looking up for homebuyers. For all the talk of rising home prices squeezing people out of the housing market, the data also show that more people are getting approved for mortgages – and with better interest rates to boot. Of course, there are exceptions to the rule: many millions of American adults are still unable to get approved for a home loan. For those standing on the sidelines, we suggest taking steps to build your credit score and comparing lenders to find out who is the most flexible when it comes to eligibility requirements and down payments.

While it used to be difficult to get a loan when you had poor or fair credit, lenders today are more open to the idea of approving loans for people...
Read More

Mortgage Rates Drop to Lowest in Over a Year

US home prices have risen 7% in the past year, yet it’s cheaper to buy now than at certain points in the last 12 months. How could this possibly be...
Read More

A jumbo mortgage is exactly what is sounds like: A huge loan to buy a house. But “jumbo” is not just in the eye of the beholder; rather, a loan is ...
Read More
Read More Articles